China through the US Looking Glass, Part Three 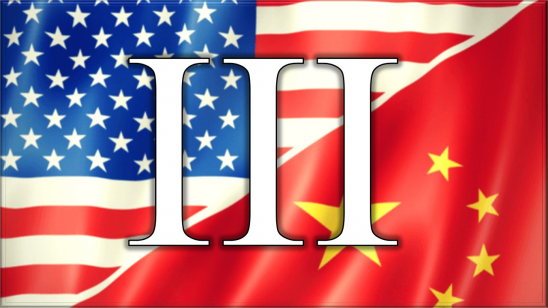 Several of my colleagues have been visiting China over the last twelve months. Given our exclusive focus on the GEM consumer and our significant weighting in China we have been keen to determine the impact of US/Sino trade friction on the spending patterns of the man/woman in the street.

Our visits have basically shown that despite all the tariffs that have been imposed there has been little impact on consumption generally and even less on the companies in which we have an interest. Although still a sizeable part of the economy, export industries are no longer the engine of economic growth that they once were. It is the domestic economy which is now paramount.

But it is not just us that get this impression of buoyant consumption. Back in February I wrote that a number of US and multinational consumer-facing companies seem to be saying the same thing. Given that the tensions between Presidents Xi and Trump had only just started to escalate in August last year, several of you remained unconvinced. The view was that the imposition of tariffs would (or could) eventually curtail spending. This view had something to be said for it. So we waited.

Successive quarterly results from these same US and multinational companies have not shown the Chinese consumer battening down the hatches. If anything the reverse. The latest numbers for Q3 are no exception: consumer demand remains very healthy with luxury brands in particular appearing buoyant (BMW, Daimler, Estée Lauder, L’Oréal).

Although it comes as no surprise that sales in Hong Kong have weakened significantly, this has been more than offset by strength in Mainland demand. Several of the Q3 results (Nike, Las Vegas Sands and Kimberly-Clark) contained mention of further investment in China in order to meet this potential.

Trends that we highlighted in previous notes continue unabated:

Last week you may have seen Andrew Dalrymple’s note written following a week he spent in China. The impact of tariffs was hardly mentioned during all the meetings he had with the consumer companies that interest us. John Ewart had a similar experience back in May.

As far as the Chinese consumer is concerned it seems to be a case of “Trade war?” “What trade war?”

This document has been issued by Aubrey Capital Management Limited which is authorised and regulated in the UK by the Financial Conduct Authority and is registered as an Investment Adviser with the US Securities & Exchange Commission. You should be aware that the regulatory regime applicable in the UK may well be different in your home jurisdiction.

This document has been prepared solely for the intended recipient for information purposes and is not a solicitation, or an offer to buy or sell any security. The information on which the document is based has been obtained from sources that we believe to be reliable, and in good faith, but we have not independently verified such information and no representation or warranty, express or implied, is made as to their accuracy. All expressions of opinion are subject to change without notice. Any comments expressed in this presentation should not be taken as a recommendation or advice.

Please note that the prices of shares and the income from them can fall as well as rise and you may not get back the amount originally invested. This can be as a result of market movements and of variations in the exchange rates between currencies. Past performance is not a guide to future returns and may not be repeated.

Aubrey Capital Management Limited accepts no liability or responsibility whatsoever for any consequential loss of any kind arising out of the use of this document or any part of its contents. This document does not in any way constitute investment advice or an offer or invitation to deal in securities. Recipients should always seek the advice of a qualified investment professional before making any investment decisions.