China through the US looking glass, V! 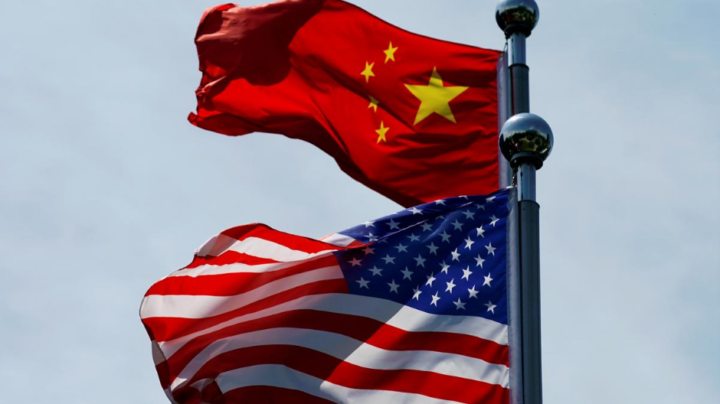 Last week we visited the US for the first time in over 20 months. It was good to be back. Once again, we were delivering a non-consensus view on the Emerging Markets. This prompted healthy opposition from some investors but struck a chord with those who recalled the last time we did this (in 2018-19) and were proved right.

We prepared in the customary fashion in Philadelphia by sprinting up the steps of the Museum of Art before the bell rang for 9 rounds of meetings in and around the city and then another 15 in New York. We have known many of the allocators for a number of years, some are existing investors with others much more recent acquaintances.

As you would expect there was a wide range of discussion covering everything from the price of the recent raft of Indian IPOs (expensive) to the development of ESG in GEMs (encouraging). But the topic that stood out most significantly was, inevitably, China.

At the heart of the debate were the announcements from Beijing in July regulating business practise. A couple of the investors were staunchly negative: in their view the regulations would do a significant amount of damage to Deng Xiao Ping’s “capitalism with Chinese characteristics”. One proclaimed portentously that “once a communist always a communist……….”. Whilst not quite as pessimistic, others viewed the risks to corporate profitability so high as to make China an underweight. A couple of these were even contemplating GEMs ex-China initiatives.

As you know, we are more constructive. Business regulation is not, after all, a preserve of Beijing. Governments all around the world indulge in the practise, convinced that they are acting in the best interests of their constituents. The US itself invented anti-trust back in the 1890s. In the last decade hefty fines have been dished out to a number of leading companies with Google recently losing an appeal against a $2.6bn fine from the EU.

This cut no mustard with Mr “Once a Communist”, who hit back “that a fine was not the same as closing down a business!”. He was referring of course to the demise of the after-school tutoring companies. Happily, we were out of both New Oriental Education and Tal well before July but we took his point: both were decent businesses that fell victim to diktat from a government worried about the educational system as a whole. It did not help that of late less scrupulous operators had entered the tutoring sector.

But surely education prompts polemic in most countries? So too the minimum wage for the lowest paid workers (viz. Meituan)? And which parent doesn’t think that young children spend too much time glued to their computer or telephone screens (viz. Tencent’s pre-emptive move to limit gaming time for its younger customers)? The security of confidential customer data as a global phenomenon anyone (Didi)? All of the above suggest that Beijing is taking things seriously in a rather grown-up manner rather than being intent on wrecking the private sector. And why would it, given that it is increasingly the biggest employer in the major cities.

Of the small number of investors who appeared to be more sanguine over the threat of regulation, one shrugged his shoulders over the education stock debacle and said it reminded him of the fall-out from the for-profit-education bubble in the US. ( for investors unfamiliar with this see The New Yorker – The Rise and Fall of For-Profit Schools). Perhaps not a perfect analogy but as the investor concerned is of Polish origin, I am willing to accept he knows a thing or two about the machinations of the communist mind!

Several in our audience took this in. One pointed out it was more difficult for the US investor to accept this analogy, given how negative the perception is of China’s geo-political intentions. In other words, if China was less belligerent (in the South China Sea) and less oppressive to its own minorities (the Uighurs) and in Hong Kong then perhaps its initiative in business regulation would not be viewed as so threatening.

Whatever your view, we believe that much of the negative sentiment appears now to be in the price. The average PEG of our China holdings is just 0.7x. It has rarely been lower.

You will recall that back in Q4 2018 investors became concerned about the looming trade war. Despite our arguments that China was no longer dependant on trade and even less so on trade with the US, sentiment remained poor. In consequence the valuations of our Chinese stocks sank to the same sort of attractive level that we are seeing today.

We cannot tell you exactly what is in the mind of Xi Jin Ping. What we can say is that China’s burgeoning consumer companies continue to innovate and have a huge and increasingly prosperous domestic market. Given this and the very attractive valuations, the current despondency is, in all likelihood, set to evaporate as 2022 progresses.

This document has been issued by Aubrey Capital Management Limited which is authorised and regulated in the UK by the Financial Conduct Authority and is registered as an Investment Adviser with the US Securities & Exchange Commission. You should be aware that the regulatory regime applicable in the UK may well be different in your home jurisdiction. This document has been prepared solely for the intended recipient for information purposes and is not a solicitation, or an offer to buy or sell any security. The information on which the document is based has been obtained from sources that we believe to be reliable, and in good faith, but we have not independently verified such information and no representation or warranty, express or implied, is made as to their accuracy. All expressions of opinion are subject to change without notice. Any comments expressed in this presentation should not be taken as a recommendation or advice. Please note that the prices of shares and the income from them can fall as well as rise and you may not get back the amount originally invested. This can be as a result of market movements and of variations in the exchange rates between currencies. Past performance is not a guide to future returns and may not be repeated. Aubrey Capital Management Limited accepts no liability or responsibility whatsoever for any consequential loss of any kind arising out of the use of this document or any part of its contents. This document does not in any way constitute investment advice or an offer or invitation to deal in securities. Recipients should always seek the advice of a qualified investment professional before making any investment decisions. 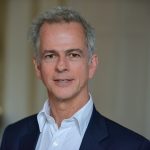